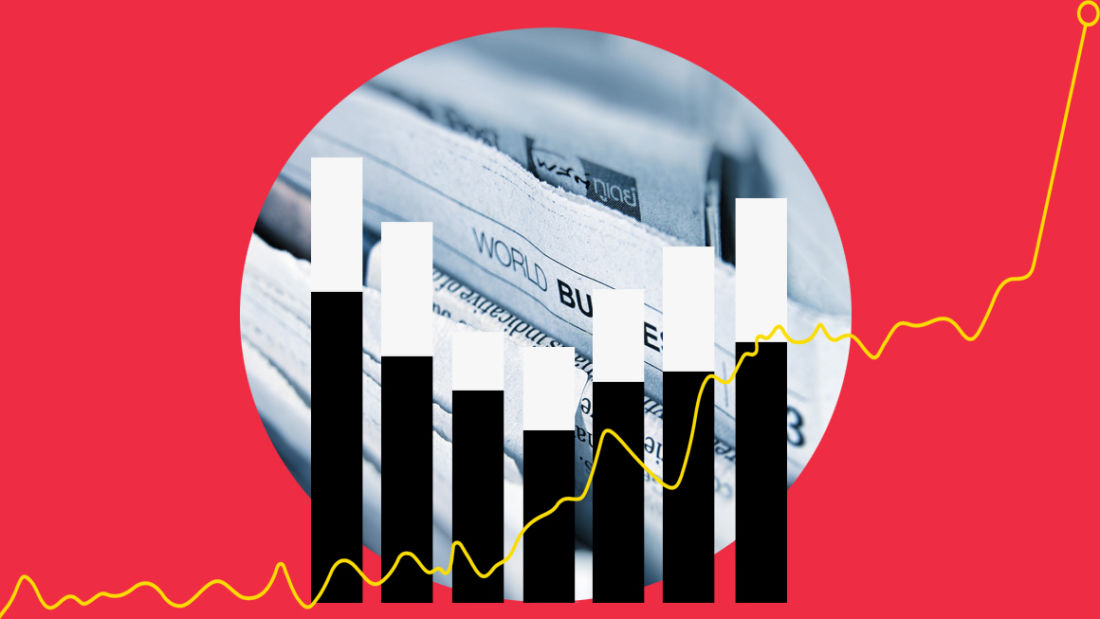 In the digital era, news organizations struggle to maximize engagement. Ultimately, it’s down to good stories, but the internet is a big place and great articles often get left behind purely because there is so much other content being liked, shared, and posted. Analytics can help you make sure each article gets the attention it deserves.

It’s cold out there

Digitization has left many news organisations out in the cold. The survivors have had to rework the ways they interact with readers. As data analytics become more sophisticated, more and more big organizations are using programs like chartbeat or parse.ly to track their performance. These dashboards are increasingly user-friendly– they were designed by analytics professionals for non-professionals– and attempt to present information in a more palatable way. Dashboards like parse.ly are for the editorial side of things: digital news editors combine data from these programs and their own instincts as journalists. Ultimately, news organizations value editorial judgments over analytics, so there will always be a human element to these choices. The question is how to communicate data in a way that is useful and transparent to writers.

Over the past decade, leading publications have developed digital news departments in response to the rise of analytics, combining the commercial objectives typical of the early digital era (i.e. clickbait articles that generate money from ad sales) with greater editorial sensibilities. These departments track how their organization is doing in the virtual sphere, often advising editors on both daily decisions and long-term strategic development. There is no one right way to perform analytics, since each publication will have its own priorities and goals. ‘Instead, news organizations need to think about how they can develop their analytics capability,’ Federica Cherubini and Rasmus Kleis Nielsen write in a paper for the Reuters Institute. They name three ingredients for success: first, the right tools; second,a structure that allows for the effective use of these tools; and third, a respect for data culture within the newsroom.

Early skepticism from journalists has faded, replaced by a desire for more data, according to Adam Blenford, Digital News Managing Editor for Bloomberg News. His company, he says, has embraced the use of analytics. His team keeps an eye on the performance of published articles, and uses the data they glean from their analysis to pitch new stories they think will perform well. They combine their own ‘news sense’ with numbers to maximize engagement. Bloomberg's regional homepages, for example, are optimised by analytics, which help editors provide a focused news lineup for regional users. Analytics helped back up the decision to create regional homepages, lending weight to the logical conclusion that people in different locations would have different interests.

Continued engagement is the new measure of success in journalism, which wasn’t always the case. When news outlets started to rely more on their online platforms back in the 2000s, ad sales were the main source of income. This meant that clicks on an article equaled money, and that Comscore–a media measurement company that ranks news organizations–provided a measuring stick. Recently, that has shifted.‘The clickbait era is over,’ Blenford says. Instead, news organizations are focusing more on reader loyalty and subscriptions. Rather than prioritizing clicks on articles, newsrooms are seeking readers who will stay on the website, consuming more articles and one day becoming paid subscribers as media outlets increasingly introduce paywalls.

The best tools for the job

But without a good digital management team, it’s tough to boost reader engagement. Cherubini and Kleis Nielsen suggest optimizing the newsroom. Publications must ensure that they have the best tools for the job, teams know how to use them, and that even those who aren’t involved in the direct implementation of those tools respect the conclusions that can be drawn from them. And, of course, it’s not just about how many clicks or views an article gets: it’s about how long people stay on the page, how often they go on to read more articles on the site, and how often they return once they’ve left. Publications that build a reputation as a trusted source of valuable content will have readers who return again and again. Analytics are a great way to achieve that, but analytics alone aren’t enough.

After working with digital editorial teams for years, we wondered how we could streamline their experience. So we decided to create POST, a user-friendly tool that monitors stories and delivers custom messages to optimize its performance. Learn more