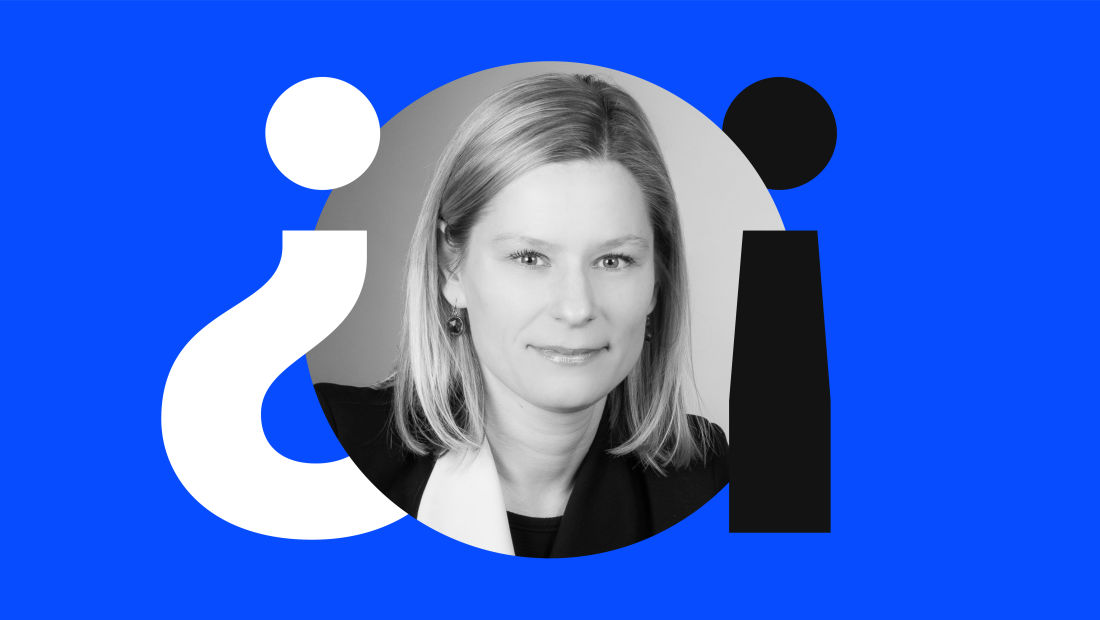 Denise Feldner is an IT lawyer and technology expert based in Berlin. She works in international and IT law and analyzes the impact of digital technologies on the modern state, its politics, and society. She has worked extensively with the University of Heidelberg, first setting up a tech startup on behalf of the rector, and later heading the Rector’s office. As founding managing director, she built up the political interest group of the strongest research universities in Germany in Berlin. Before this, she worked in technology and environmental law for 10 years at a Berlin law firm. We met Denise to talk about her current book project and the challenges in European digitalization.

Could you briefly tell us what you’ve done so far and what you’re working on now?

I am working on what is probably the most interesting challenge for humans in a long time. I advise companies and ministries on strategic and regulatory issues related to digital technologies. I am also concerned with what it means to be human in the hybrid age, i.e. in the time in which man and machine are more and more connected. This question sounds very diffuse at first, but it actually encompasses all the fundamentally important sectors that make us human in society. In modern Europe, the innovation and defense capacity of enlightened liberal societies is at the forefront.

Denise, you’re working your book ”Redesigning Organizations – Concepts for the Connected Society”. What’s it about and what inspired you to look into this particular topic?

The compendium is based on the idea that few of us have a figurative idea of cyberspace as a realm of activity for human beings. We all operate on social media channels or in the economic environment of e-commerce corporations, or as entrepreneurs on the Internet ourselves. But hardly anyone can imagine what this "space" looks like or how best to behave in it. Since our physically tangible world mixes with the virtual one, it is imperative that we develop an idea of this new frontier. A good illustration of this is a comparison with an apartment, where we know how we behave in the living room, kitchen, or bathroom; we learned during childhood that a hot stove is dangerous. In cyberspace, it is not always quite clear where we can do what and where dangers lurk: the Darknet or social media channels often open young people up to cyberbullying, for example. Every successful hacker attack reveals carelessness that we often cannot afford, because every data theft can provoke dizzying damage. Accordingly, cybercrime has long since overtaken international drug trafficking in terms of revenue levels. If we now all knew how we could or must behave, the world would be a bit easier. The book, on which, moreover, experts from politics, business and science from all over the world have worked together, is intended to describe this virtual space. It is intended to help us take a clearer look at the real digital world. Hopefully, after reading it the user will have a better idea of what is and what is not, or perhaps what can be done.

Why does it take an inventory of digital space? And what does that look like?

We need an inventory because we think about virtual space within the framework of old thought patterns. But it's about intangible data and information that governments and companies alike are "fighting" over. In order to be able to capture this cyberspace with our imagination at all, we must be able to engage with its different physical form. For example, it is said that the digital world is flattening our analog world. It dismantled hierarchies to the same extent that it flattened boundaries and their original meaning. There are suddenly connections between institutions or people who would never have met before. A good example is the legal systems. In the organizational theory of law state power, i.e. politics, the nation state stands next to citizens and the national territory. Together, these three factors make up our modern nation-state and act as the foundation of a political authority's ability to set the law and enforce it.

Today it is different. For example, evidence-gathering proceedings are also conducted in third countries: attributing incidents in cyberspace is not only a great challenge, it also usually crosses the territories of other nations. Today, international corporations are dealt with simultaneously according to the territories in whose jurisdictions they operate. This can lead to the sudden inclusion of corporate entities in proceedings that would never have been considered before. In these areas, particular attention must now be paid to all electronic communications from corporate members.

What structural challenges do institutions, organizations, and also companies face?

A major challenge is the flattening of hierarchies and the associated vertical cooperation model between employees and executives, but also between one company and another. It comes from the culture of Silicon Valley and ultimately from the scientific landscape. To this day, it has imposed its culture on the structure of the Internet– the basic decision-making protocols were developed at the University of California according to scientific criteria and are still valid today. A further challenge– dynamic and even organically growing– will be the change in professional profiles. In my profession, for example, it is said that Legal Tech is a substitute for many lawyers. However, new jobs are also being created, for example in the forensic law and science sector, which, incidentally, is no longer as new as many German lawyers might think.

Where do you see the most potential for companies and organizations?

Digital technologies can increase efficiency and help us to balance people's own biases. However, at the end of every decision, there will probably still be a human being for a long time to come. Experts disagree as to when, if at all, we will experience a technology that reaches, if not exceeds, human intelligence. The technologies can enable new products and business models that in turn make life easier for us. A stronger individualization of products helps to increase customer satisfaction. The consolidation of data available in companies today, but not yet analyzable, will contribute significantly to the improvement of logistics chains, business processes and products. There are voices saying that artificial intelligence will help us become better people. For example, digital technology can improve a company's environmental performance and thus contribute to clean cities. This in turn increases the credibility of the company's brand and enhances its reputation.

How will technologies such as AI or VR influence how we work?

Digital technologies will relieve us of previously unpleasant and monotonous work, perhaps even operating without our supervision, which has many ramifications. For example, there will be a transition phase in which there will be bad new jobs and badly paid old jobs.

The influence that machines have on us will also change what we describe as being human. In Estonia, for example, there are already observable changes, since many people no longer personally deal with their official visits or election decisions in an onsite institution. They can be carried out at any time from home thanks to sophisticated technologies. This has changed their social manners, as they no longer had to maintain personal contacts with public officials. We can also observe this in Berlin S-Bahn trains or on an ICE train ride. In my opinion, Germans are generally not very talkative with people unknown, but even the few conversations we have had so far, are now substituted by digital communication through the "remote control of our lives", i.e. mobile phones. These changes will probably deepen the more we underpin our communication channels with machines and algorithms. Portable AI would also help to ensure that communication that used to require coordination with other humans will soon be mechanised. That means two things: The accustomed human interaction is engineered. From this it follows that we as creative and free people will simply discover and develop new communication, which will bring us as humanity a step forward again and represent our distinguishing characteristic as biological animals rather than machines. This is a future scenario, which moves completely in the sense of Enlightenment ideology, when people manage techology in the human sense.

How can organizations best innovate under the circumstances?

I always advise people to be risk-conscious and open to risks. We all experience that the usual thinking patterns, legal frameworks and funding concepts reach their limits. As a result, we have to rethink them. Naturally, this cannot happen overnight: the legislator must first understand what is happening, and then this development must be so significant that setting up a new system is justified. One example of this is the EU Data Protection Regulation. It is based on old paradigms and old ideas of data, ownership and responsibility for protection. To this end, it has a two-year experimental phase, after which it will be evaluated. During this period, we all develop the new level playing field together with the responsible data protection authorities. My guess is that we will see more and more "experimental clauses" such as those that have long been used in university law, for example. With this courage to experiment, you also have to go for innovations in the world of business. This includes not only agile work and team structure, but also our way of thinking and leadership. We must say goodbye to the physical frameworks with which we have all grown up and create an idea of a dynamic virtual communication space consisting of data.