Many are painting a bleak picture of an industry in decline. There is a rise of client-side in-house teams. Ad dollars are shifting away from traditional creative while agencies operate under outdated compensation models. Are the rumors merely scaremongering for headlines or is the agency model in real trouble? And if so, is the design agency next on the chopping block? 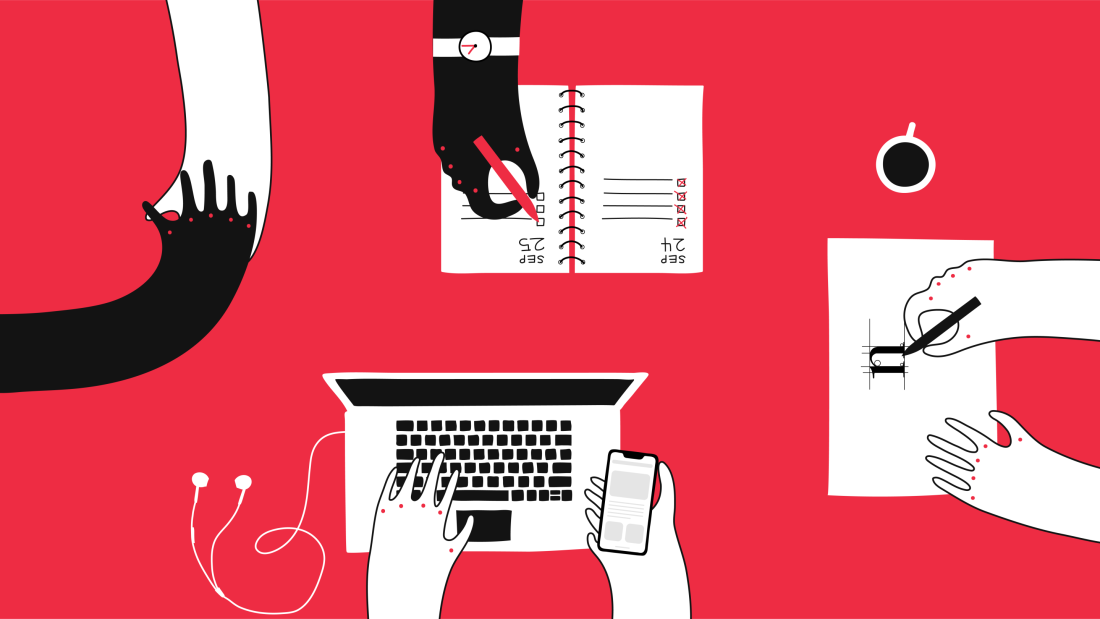 Over the past 20 years, agencies—in particular, ad and media shops—have faced a rapidly changing landscape. Scott Galloway, professor of marketing at New York University’s Stern School of Business, coined the term the Four Horsemen to refer to Amazon, Apple, Facebook and Google: the four companies who, in many ways, have taken over the reins of traditional media and the advertising industry. To put their growth into perspective, the Four Horsemen together grew by 20 percent in 2016 while the US economy as a whole grew by just 2 percent. It’s no wonder that ad execs are worried.

In addition to the rise of tech giants, several other key factors have affected agencies in recent years:

1 The number of in-house ‘agencies’ grew.

In the United States, the Association of National Advertisers reported a 58 percent growth of in-house teams between 2008 and 2013. The catalyst was the global economic recession—after all, it is usually cheaper to localize, translate and distribute material from within an operation. In-house production has also become much easier, thanks to technological evolution. High-quality print, video and other visual content can be produced with fairly simple, cost-effective hardware and software. For many types of execution and maintenance work, agencies are just not needed anymore.

In the Mad Men era, advertising agencies worked within a commission-based compensation model. Very lucrative indeed, but unsustainable in the long run. Brand owners wised up in the 1980s and gradually forced their agencies into a flat-fee model, often based on the number of people assigned to an account. As the digital revolution caused advertising to become ever more fragmented and complicated, a saturated market of agencies began pitching against each other for the same amount of finite work, adding another source of downward pressure on agency remuneration.

3 Agencies don’t know how to calculate their added value.

For many years, ad agencies avoided the analytics business. Instead, creativity, awards and the bottom line reigned supreme. As Michael Farmer, author of Madison Avenue Manslaughter: An Inside View of Fee-Cutting Clients, Profit-Hungry Owners and Declining Ad Agencies, puts it: “Agencies continue to cling to the notion that clients want creativity and service. What clients really want is shareholder value.” Agency executives have largely been deaf to the economics of their contributions. But in the 1990s, shareholder value became a driver of management consulting success and, at the same time, of the marginalization of ad agencies.

4 The best talent is moving elsewhere.

The creative agency, once the only game in town for the best and brightest talent, is losing its allure, supplanted by the bright lights of Silicon Valley. Tech companies like the Four Horsemen often offer better salaries, more flexible working hours and a plethora of other perks that even the biggest agencies find impossible to compete with.

How can design agencies adapt and, more important, retain relevance as leaders in their field? Is the design agency model the best way to deliver great work that solves real problems?

Are design agencies next?

A quick glance reveals clear parallels between the issues facing design and ad agencies. On one end of the spectrum, the rising power of procurement departments and tendering processes put in place to drive down costs has resulted in a decline in loyalty and excessive amounts of free pitching. Design work goes increasingly to in-house design departments whose costs are less visible to procurement. Shrinking design budgets have led to fierce competition between agencies and ad hoc teams of freelancers. Design agencies whose focus has been executional work are struggling to survive.

What can design agencies do?

The big question is, how can design agencies adapt and, more important, retain relevance as leaders in their field? Is the design agency model the best way to deliver great work that solves real problems? Based on the experience garnered from our positions at Edenspiekermann, we certainly believe so, but it takes a very different type of agency to do that. What does this “modern” agency look like, and how can it avoid the same fate as the ad and media shops?

1 Design is no longer just about design.

Design doesn’t mean making visual solutions. Digital doesn’t mean being a web monkey, producing only websites and apps. Such developments as the rise of artificial intelligence, screenless design and accessibility to great website-building tools like Squarespace mean that the agency that interprets digital design as “making websites and apps” is going to be out of business—and soon. To provide relevant design solutions, the modern agency needs to have business consultancy, copywriting, technology and analytics capabilities under one roof, and most important, these capabilities have to work together—not in silos.

Given the growth—and indeed, the quality—of in-house design teams, integrating with them is critical. In a lot of cases, these teams outstrip agencies in terms of talent and skill. In our experience, some of the most fruitful partnerships (and best work) have come about when there is little to no divide between the client-side design team and us. We work in the same space, brainstorm together and split the workload evenly.

3 …but don’t forget why the client hired you in the first place.

Although it’s important to collaborate with in-house teams, don’t forget or undersell the unique value your agency can bring to a business. An agency can provide fresh thinking and consultancy services because it is removed from the day-to-day politics that in-house teams are often burdened with.

How do we add to our client’s bottom line? By making our work accountable and giving insight to the potential results of our efforts. We can do this only if we track the results of projects and share them with our clients. And we need to start doing this when we begin a project—not when we finish it.

The modern agency needs to operate like a research and development lab rather than like the old ad shops. It needs to be lean and efficient: flat in hierarchy and fueled by smart generalists who can manage themselves, their work and others.

Buying time—meaning days multiplied by people—remains an important way to define deliverables that change over time, especially in Agile methodology processes in which projects are long term and outcomes are undefined. But for projects with concrete deliverables, emphasizing hours over deliverables as the main yardstick can often clutter the relationship with noise and negotiation fuss. Time needs to be considered on a case-by-case basis, and when negotiating a contract, ask yourself if prioritizing hours is the best way to deliver value and solve the design problem at hand.

7. Lean and flat is the name of the game.

Design teams at tech companies are self-organized and efficient. By contrast, large agencies still suffer from organizational bloat: layers of account directors, creative directors, managing directors and dozens of other who-the-#@$!-cares directors. The modern agency needs to operate like a research and development lab rather than like the old ad shops. It needs to be lean and efficient: flat in hierarchy and fueled by smart generalists who can manage themselves, their work and others. People can use methodologies such as Agile, Kanban and Scrum to self-manage—it’s no surprise that such tools are on the rise in forward-thinking agencies.

With the increased presence of design competencies in technology and consultancy firms, the shape of the industry has already shifted past the point of no return. Although uncertainty abounds for the design agency, the current landscape is also filled with opportunity for those who adapt. Agencies must fundamentally rethink their organizational structures in order to stay relevant. Forget the sexy branding agency you fawned over your whole career; the tech and consultancy players are your real competitors, and they are damn good. The modern agency needs to be more than a design or creative shop. In order to stay relevant—and provide true value to its clients—it needs to be much more: a research and development lab, a technology partner, a consultant, a sparring peer for in-house teams, and everything in between. Above all, it needs to be a trusted partner who offers fresh insights and counsel to organizations and businesses, which are also finding their feet in a digital-first world.